Because of the stigma attached to mental health, I was reluctant to write this.  But, I decided to get real with you guys in hopes to show that it’s okay to admit that you have a problem and aren’t always in control.

It was regular day, nothing special.  I was on my usual exercise bike at the gym listening to the music on the loud speakers while also watching the row of televisions on the wall ahead displaying different channels.  I had done this hundreds of times without a problem, but today was different.  On this day, the world in front of me became questionable in an instant.  Fine one minute.  Then, boom, not fine.  Nothing seemed real.  Nothing seemed to hold me down to the ground.  I knew I wasn’t floating, but somehow I didn’t feel completely in control of myself.  I started asking myself “what if” questions.  What if, I forget to breathe, fall off of this bike, forget who I am, lose control of my limbs, or suffocate from lack of oxygen?    Everything I ever took for granted was now a scary adventure and I was the loser in charge.  I decided I needed to get home, so I hopped in the van, praying that I could understand traffic signals and dodge the other cars on the road.  Why was driving such a major problem now?  Why did all of the cars seem to be coming straight towards me?  Why did I feel like I was running for my life?  There was very little traffic in our quiet little suburb, so I knew it was unreasonable, yet the feeling was there.  I called my cousin and told her that something was wrong and I needed her to talk me through the ride home.  I ended up stopping in a parking lot halfway there and getting out of the car because there didn’t seem to be enough air in the car.  That was a mistake.  The humidity in the air made it even harder to breathe.  So I got back in the car and prayed to make it home safely.  Thinking I’d feel better at home, was also a mistake.  Nothing I did, none of the rooms in my house gave reprieve.  Like a flopping fish out of water, I could not find “fresh” air.   Thinking I was surely dying, my husband finally took me to the emergency room.  Guess what, no relief there either.  All I could do was beg God to take me to Heaven so I could  be rescued from this drowning. (I am not proud of this part but if I’m being real, this is an important part.)   Not wanting to let my family in on the amount of turmoil inside, of course I didn’t tell them that I wanted to escape life.   I didn’t really want to leave this earth, I just wanted to BREATHE.  Since this runs in my family, I had some very helpful ladies come to my rescue.  I ended up “escaping” to a guest bedroom in my aunt’s house, where she tip toed in and out offering food every few hours.  I barely ate, I barely moved for days.  I remember thinking that I had always loved food, but had no desire for anything but more air.  Each day I tried to muscle up the courage to return to reality because I didn’t want to disappoint my husband and 3 children and become known as the mom who went crazy.  I knew they were confused and it killed me inside to be away, but I knew I was no help to them at this time.  I had nothing.  I was bankrupt inside and out.   Finally after a week, I was ready to go home.  After all, I missed my family terribly and the week of rest was beginning to relieve a bit of this “pressure” that had taken over me like a concrete blanket.
Little did I know that this cycle of panic would start to become a recurring part of my life.  After a couple of years of cognitive behavioral therapy, (Yes, I am a counselor and I go to therapy) I can now recognize the beginning stages of an attack and use breathing exercises to stop the panic before it becomes all consuming, like the epic first one.  Thankfully, I don’t get to that point anymore, but there’s always that fear of it happening again. 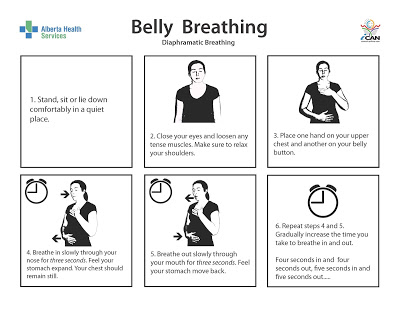 Out of the dozens of things that I have tried, by far the most helpful was the “breathing with the stomach, not the chest” idea.  There is also an app (yes, there’s an app for that!) called, simply, “Panic” that I use from time to time when I feel a big one coming.
I was very hesitant to post this because of the stigma attached to mental health.  But as a School Counselor, I feel it is my duty to be completely honest and tell others that its normal to need help and it’s healthy to seek help.  Therapy has a bad rap, but it should be taken as seriously as a physical ailment.  I also hope that educators will understand that we have students in our schools suffering from this.  I truly cannot imagine having these as a child in school.  I cannot imagine being “stuck” in a classroom, unable to “find air” if necessary.   With that said, I hope you will take self-care seriously.  Don’t overload your schedules.  Say NO more often.  Finally, take care of our students who are suffering from overloaded daily schedules.  Take stuff off of your plate.  We could all use a “to-do list” diet. 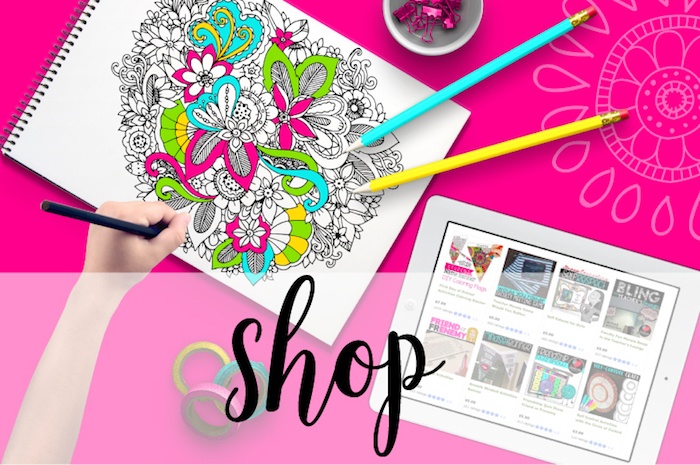 What’s your favorite desk toy? I think I was ca

Happy Friday ya’ll. 💃🏻 Not sure if you kno

One of my favorite school wide kindness activitie

We have thousands of automatic thoughts every day.

Calling all Mental Health friends! We want to give

My teacher was a turtle tamer? A burger flipper?

Get a free week of the Morning Mindset Workbooks f

Have you seen these stickers from @socialtwerkers?