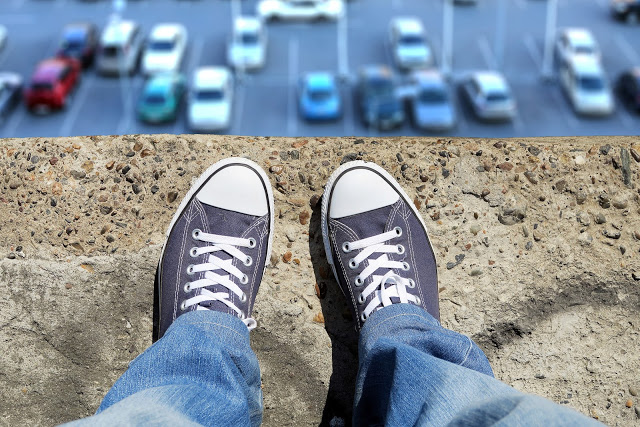 Nobody wants to talk about it.  No one thinks it will happen to their friend or family member.  Nobody thinks a ten year old would do it.  No one would ever suspect that their happy, amazingly funny friend has thought about it throughout their life and that humor has been their only way to survive.  Nobody wants to think that it is the third leading cause of death in our youth.  But somebody needs to be talking about the warning signs of suicide.

ONE in FIVE teenagers in the U.S. seriously considers suicide annually.  (CDC)

Unless you have experienced the dark side, the dark thoughts, or the feeling of complete and utter hopelessness, you might not ever consider how dangerous and dark the mind can become. 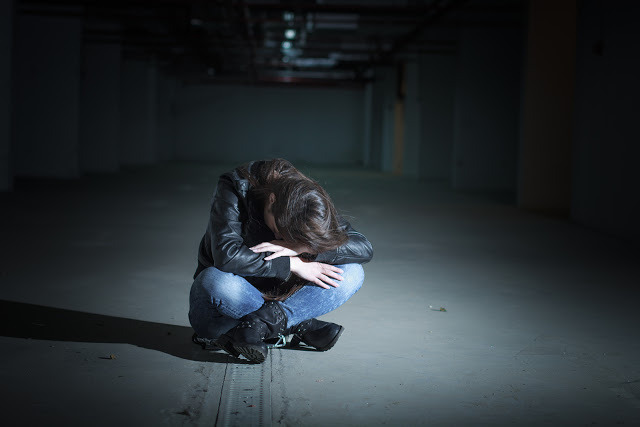 Suicide is a preventable killer.  Knowing the signs can and will save lives.  You just have to believe that it DOES happen and it CAN happen to people that you love who you would never suspect would do such a thing.

Did you know that most people that attempt suicide had told more than one person that they were going to do it, but those people didn’t believe them, or didn’t know what to do with the information?   Did you know that when someone decides to kill themselves, they may begin to seem happy again and that this is actually a very dangerous time period?  Let’s talk about what to look for and the things that we can do to help, to save a life.

As a middle school counselor, I have seen my fair share of children with suicidal ideations.   Usually these students don’t just show up in my office one day to let me know that they need help.  When a student is feeling this level of hopelessness, they really don’t think help is possible.  Therefore, they often don’t seek help.  Often, with their impulsive thinking, they come up with the only solution that they feel will offer relief, which is, sadly, suicide.  That is when PEERS become critical.  Their peers are the ones who are receiving these red flags and hearing the kinds of things that would indicate suicidal thoughts.   Our youth need to be trained to follow up with their friends and TAKE them to an adult for help, even at the risk of the friend getting mad at them.  Often the one thing that saves a life is that the friend was brave enough to tell an adult that actually went through with getting the resources needed to help the family.  I applaud every child who has ever stepped into my office and was brave enough to say “My friend may need help.”  This statement is usually followed by, “I promised I wouldn’t tell anyone, but I am scared he/she will do it if I don’t do something.”   These brave kids are my heroes.

HOPELESSNESS
“It’s just not worth it anymore.”  “Nothing seems to matter.”  “Why are we even here?”  “Nobody really cares.”

DEPRESSION
If someone is diagnosed with or has signs of depression, getting medical attention is crucial, because depression alone can cause suicidal thoughts.

MAKING FUNERAL PLANS
Telling friends what songs they would like to be played at their funeral.  Discussing caskets and flowers for their funeral.

SUDDEN CHANGE IN BEHAVIOR
A funny person becomes sullen.  An “A” student is suddenly failing classes.  An athlete stops going to practice.  They quit activities they once enjoyed.  They no longer hang out with friends.  A loud person becomes quiet.

GIVING THINGS AWAY
Giving away prized possessions and not caring about their things anymore.  Making sentimental gifts representing their friendship.  (out of the blue, not for a birthday or special occasion.)

SELF-CARE & HYGIENE
No longer concerned with looks or hygiene.  Not worrying about their looks as much as before.

SAYING GOODBYE
Writing letters to multiple friends telling them what they mean to them.  Becoming sentimental with friends and giving away tokens of appreciation.  Calling friends, old and new, just to say they care and how much they have meant to them.

PREVIOUS ATTEMPTS & SELF-HARM
Sometimes, but not always, self mutilation (in a variety of forms such as “cutting”) can be a precursor to suicide.  It can be a way to “practice” for the real thing.  If somebody has attempted suicide in the past and failed, they are more likely to be successful the next time.  Never assume that it was a cry for attention.  Any cry for attention is concerning and should be addressed.  It’s easy to want to say that somebody is just a “drama queen” but even still, this is a big red flag.  If they are begging for attention, they need it.

SUDDEN RECOVERY FROM A DEPRESSION
Once a person has decided to go through with suicide and have a well made plan, the sense of dread of life temporarily leaves.  They have found a peace with it and begin making rounds to tell everyone they love good-bye.

Other things to consider:

MEDICATION
I just wanted to add a note about anti-depressive medications.  While these have been proven to be helpful to many people, they can also have the opposite affect, especially the first couple of months.  Please watch your loved ones closely if they start on or change mood medications.

TWEENS, TEENS & ELDERLY
Tweens and Teens are especially vulnerable to suicide because of their impulsive thinking and the tendency to have faulty or distorted thinking patterns such as “catastrophic thinking” and “all or nothing” ways of looking at the world.
The elderly are at risk for a variety of reasons.  Loss of dignity and loss of multiple loved ones over the years can cause depression which is one of the leading causes of suicide.

I tell students that even if they just have a tiny suspicion, that nothing is too silly to report.  We have multiple ways at our school to report these types of concerns.  Our district has a “text-a-tip” phone number for students to make anonymous reports.  We also have a lock box that students can place notes in that only counselors have the keys to open.  I do a suicide awareness training early in the school year.  We get quite a few concerned students coming to the office immediately following our presentation.  Knowledge is power.  Knowledge SAVES lives. 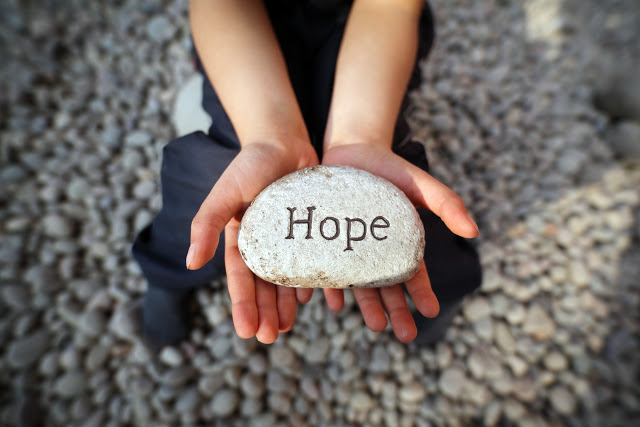 If you want more information about suicide, please visit The Jason Foundation.  They have a 24 hour suicide hotline and helpful resources.

I wish I could say that I wasn’t personally affected by suicide.  I hope for you that you never have to experience this type of loss.  One way to cope is to empower others to recognize the signs.  Print this free sign for your school.

Concerned about someone or yourself?

More about The Jason Foundation:

Knowledge is power.  The Jason Foundation is dedicated to raising awareness of youth suicide.  Jason Flatt was a young man who told many friends that he was going to kill himself.  Tragically, nothing was done about it.  His family decided to start this non-profit organization in his memory. The Jason Flatt Act has now passed in 19 states, mandating educators to complete 2 hours of youth suicide awareness and prevention training each year in order to be able to be licensed to teach.  With a simple online request, they will send you free lesson plans, DVD’s with a powerful video of scenarios, powerpoint presentations on a CD, and cards with a 24 hour 1-800 number to hand out to all students after the lesson.   Free professional development resources for teachers is also provided.
« Decorate a School Counselor’s Office on a Budget
Friend or Frenemy: Healthy Friendship Boundaries »